“I’m not fussy about my bike really, simple guy,” says Steve Cummings when we chat to him at the Tour de France. Yet his bike begs to differ. Perhaps it’s because the mechanics at Team Dimension Data do such a good job of keeping his bikes exactly how he likes them or maybe it’s because he doesn’t see anything unusual about his radical position and ultra-aero set-up.

Riders on Team Dimension Data have access to several road models from Cervélo but you will only see Steve on an S5. You’d be forgiven for thinking that with his breakaway prowess and track pedigree he places a high value on its aerodynamics but the real reason is somewhat more prosaic: “I’ve always ridden the S5. I like it but the main thing is that it fits me better than the R5,” he explains.

Bike fit exists on a different plane for professionals. At 6’3”, few fitters would suggest Steve rides a 56cm frame but with a relatively longer torso and shorter legs, and a pro’s desire for a long and low position, he needs the smaller frame’s 157mm head tube. With his saddle pushed as far forward as it will go to get him into a powerful position over the BB, hinting at his track background, he then needs a huge 150mm, -17º stem to achieve his preferred reach and aero posture. 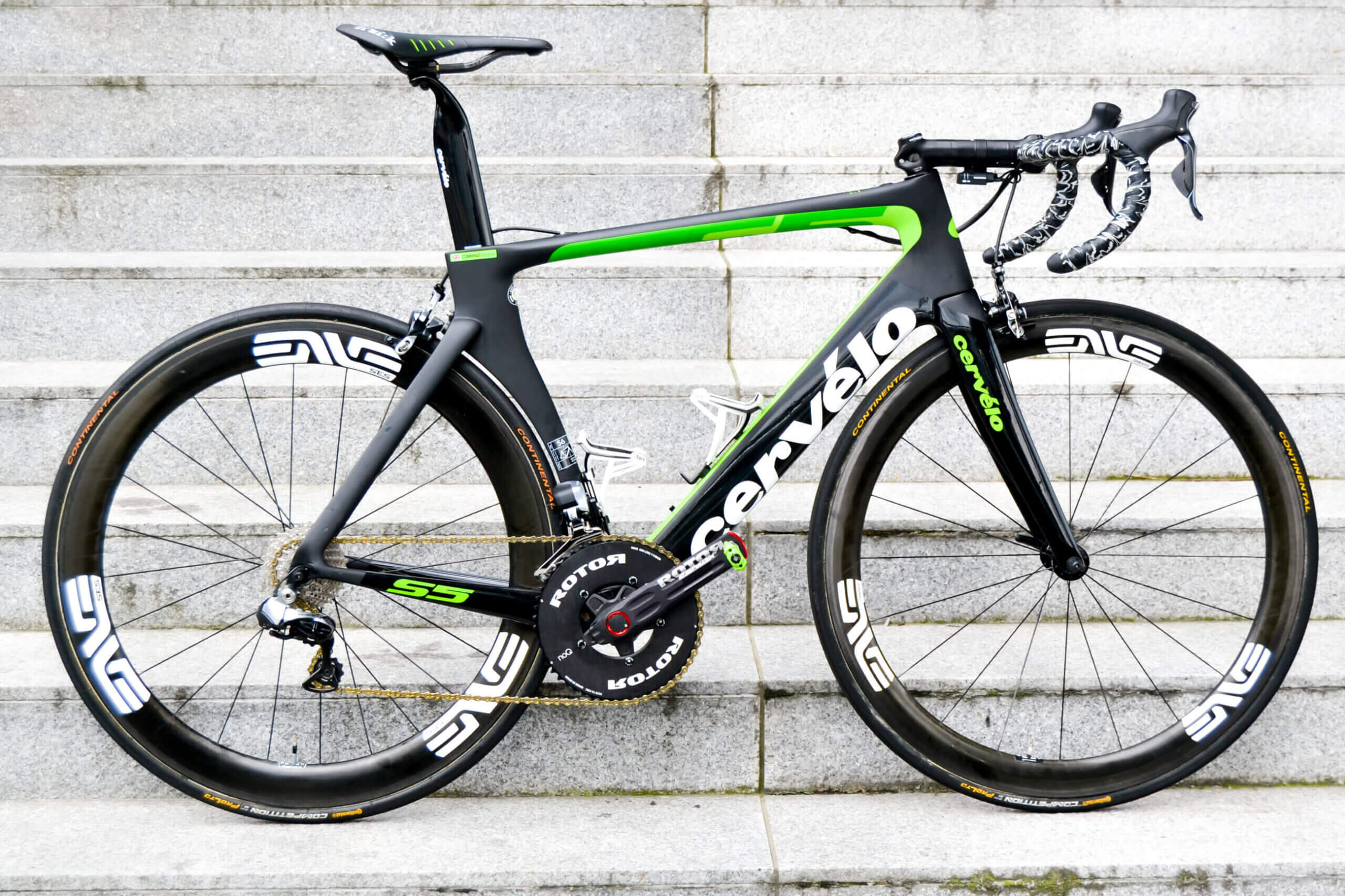 His ENVE SES Aero Road Bar contributes equally to those goals, with its distinctive flared shape helping to pull Steve into a narrower, more aerodynamic position, multiplying the drag savings made with the airfoil top section, which Steve prefers to have taped. “It’s the only bar I ride now,” Steve tells us. “I really like the shape of it.” 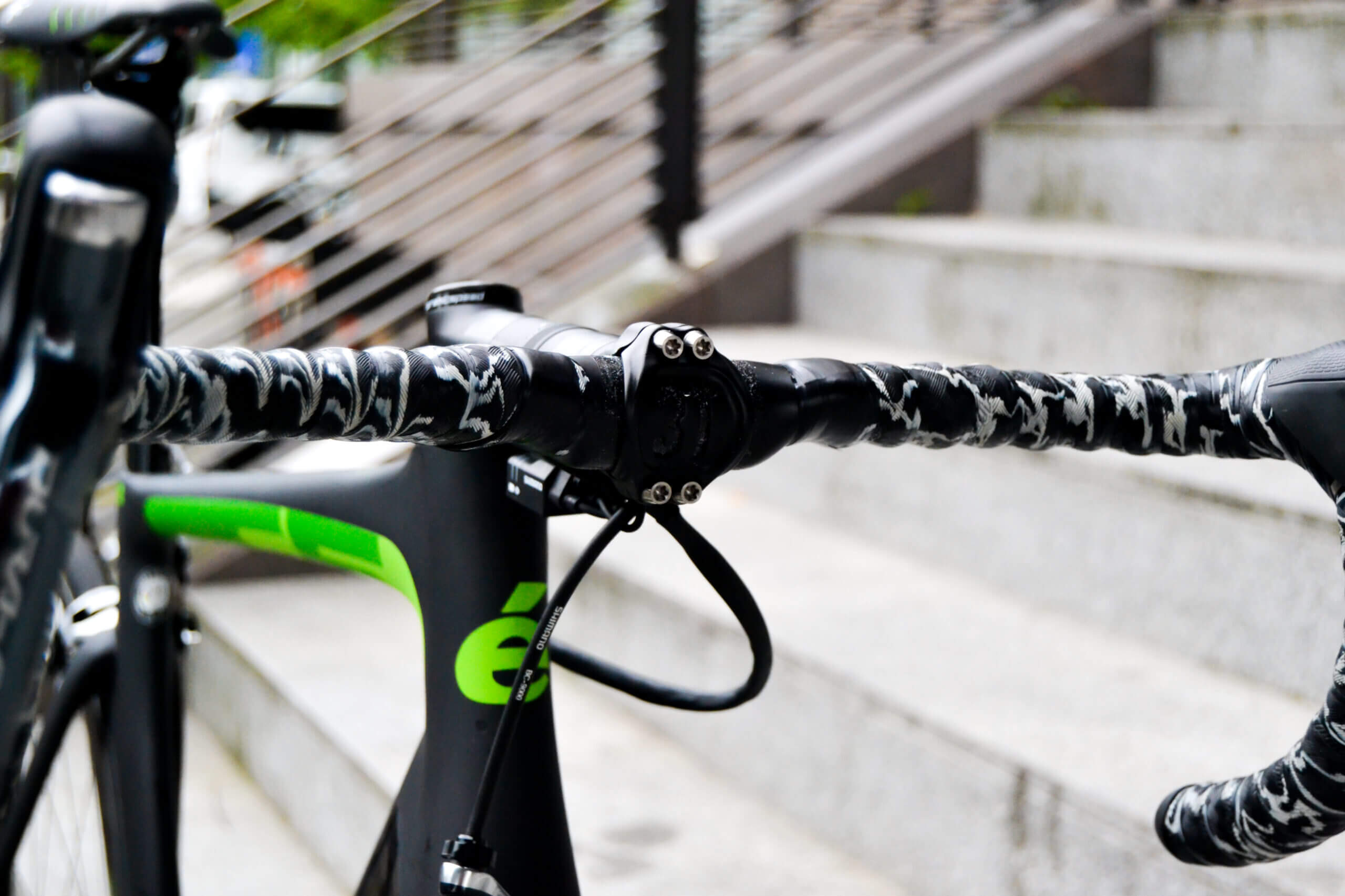 The Speedplay Zero Titanium pedals and carbon-railed Fizik Arione help to keep the bike’s weight close to the minimum limit and both are supplied in the team’s bright green. 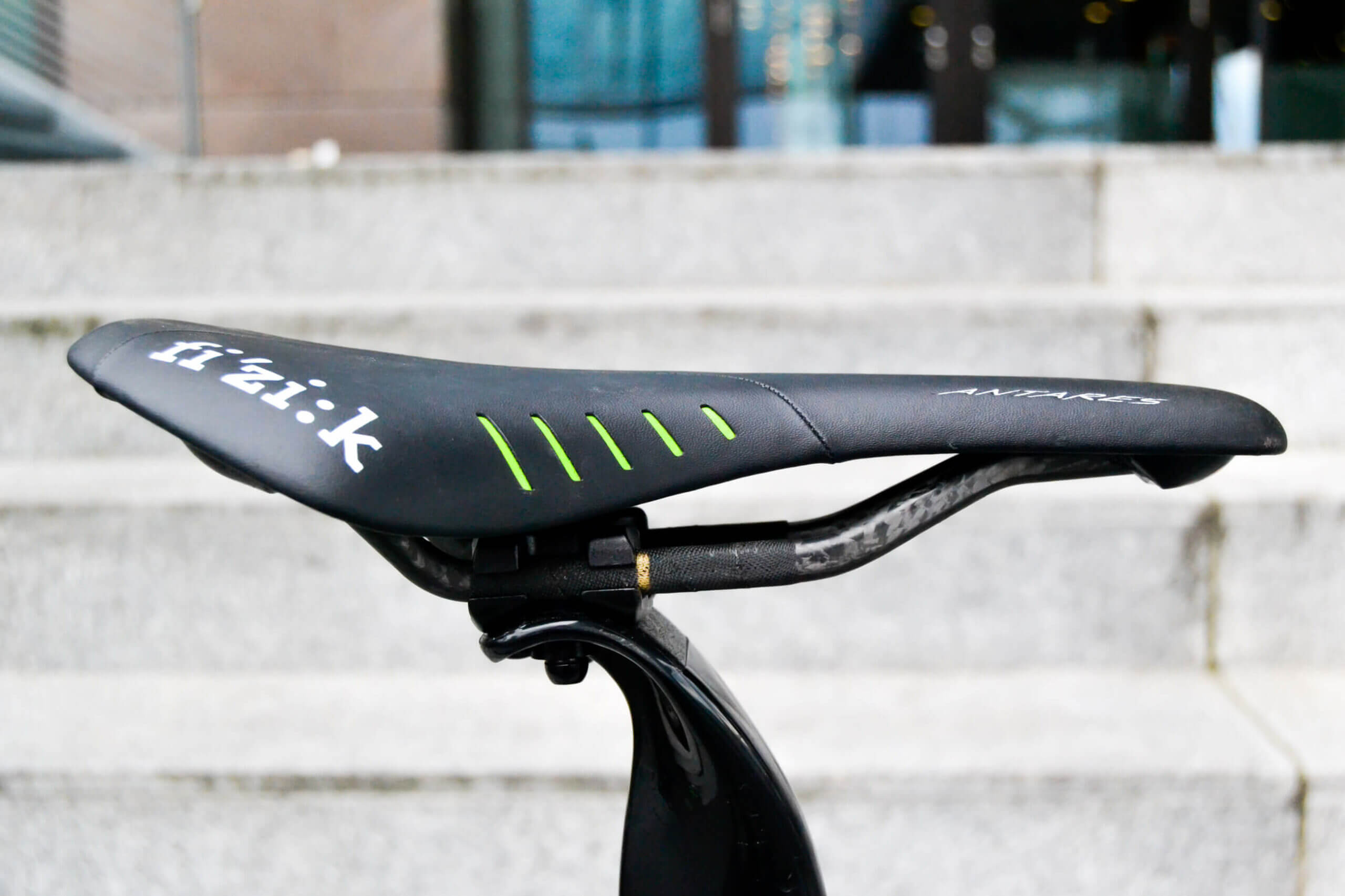 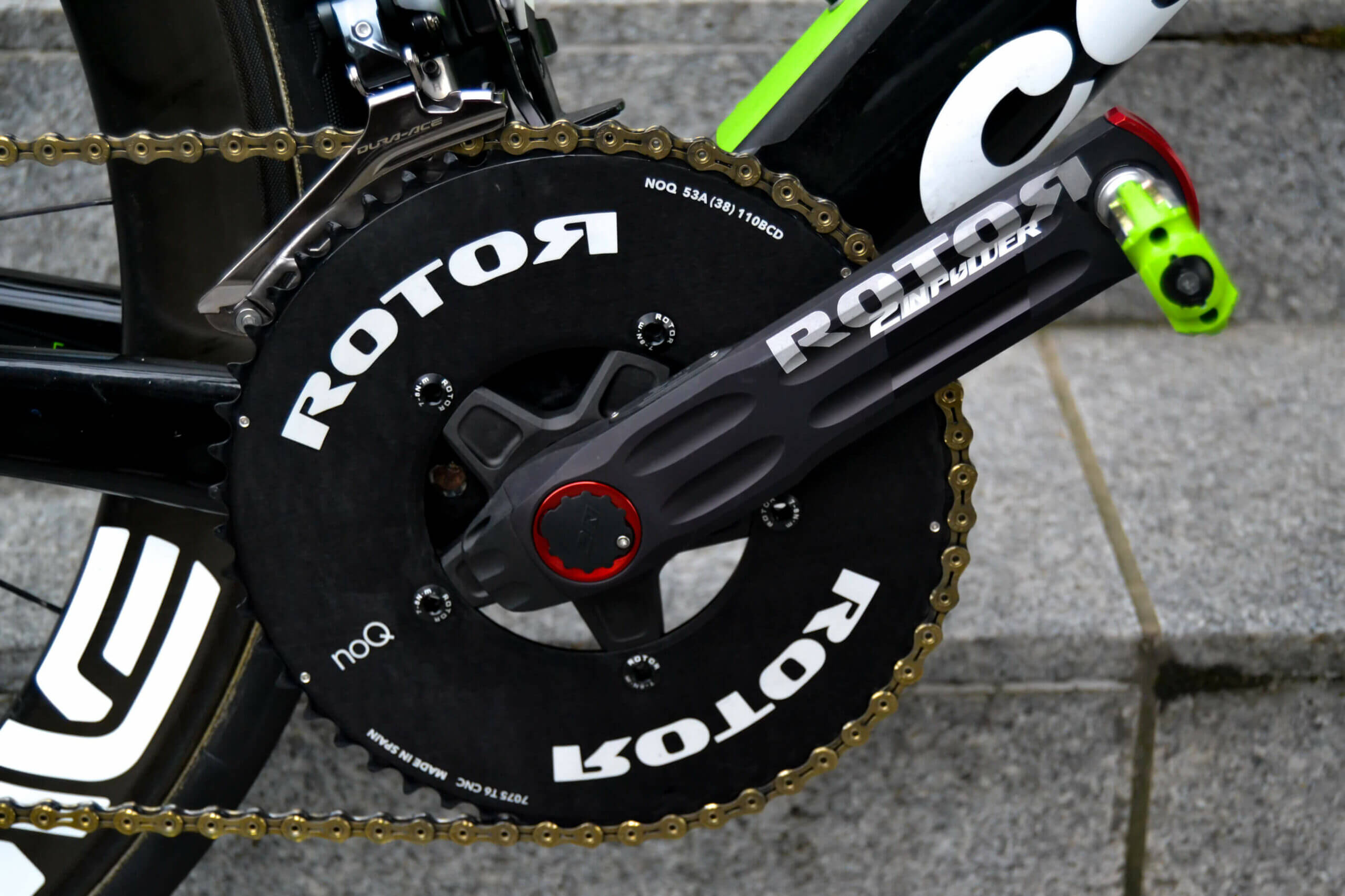 “Wheels and gearing depend on the day’s route,” Steve says, but the default and most commonly used choices are a wide 11-28 cassette on SES 4.5 tubulars for their very high aerodynamic performance with a weight of just 1,300g. For more mountainous stages Steve goes with the 3.4 or 2.2, as he did for his Tour de France stage wins in 2015 and 2016 respectively. 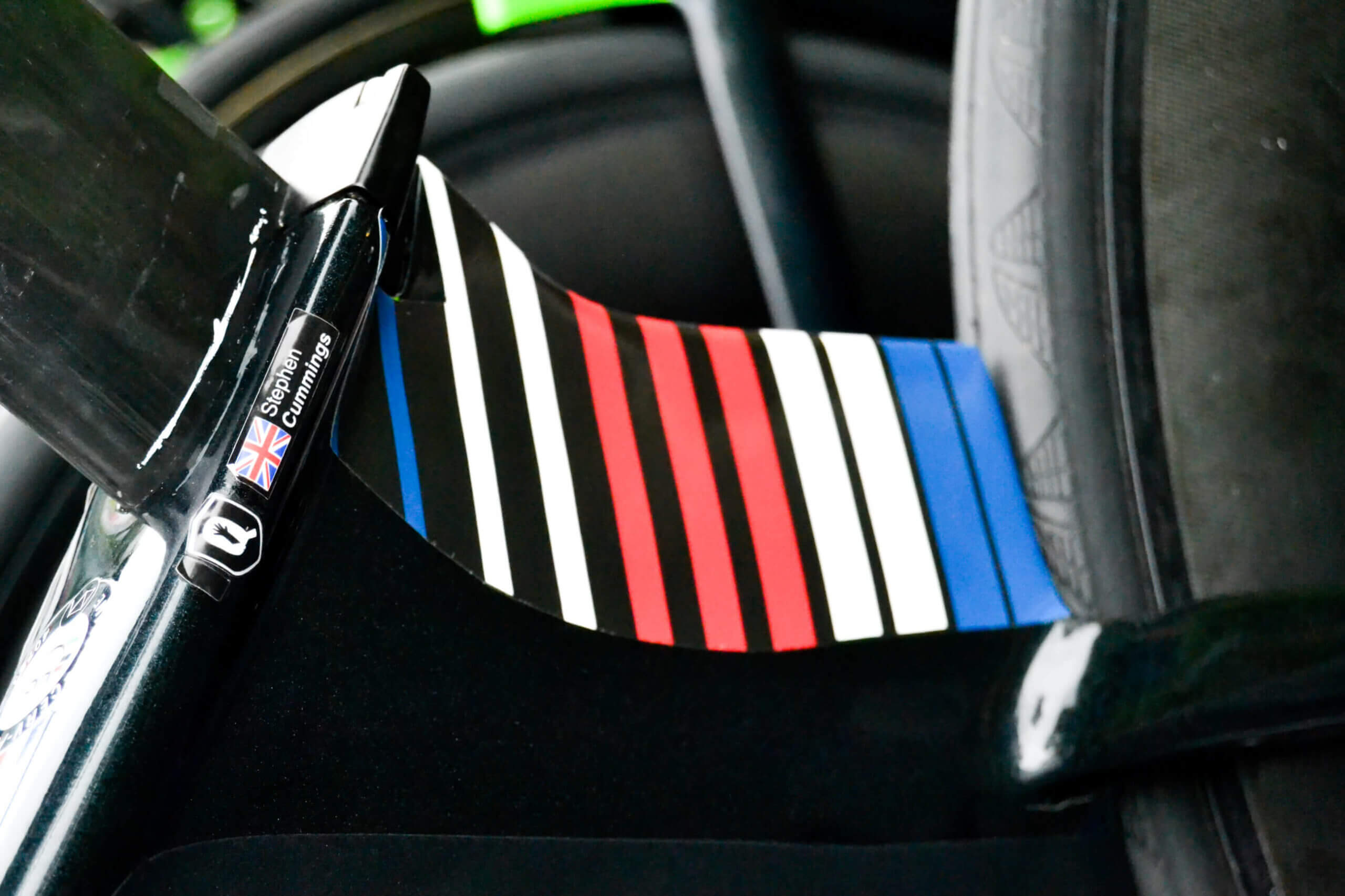 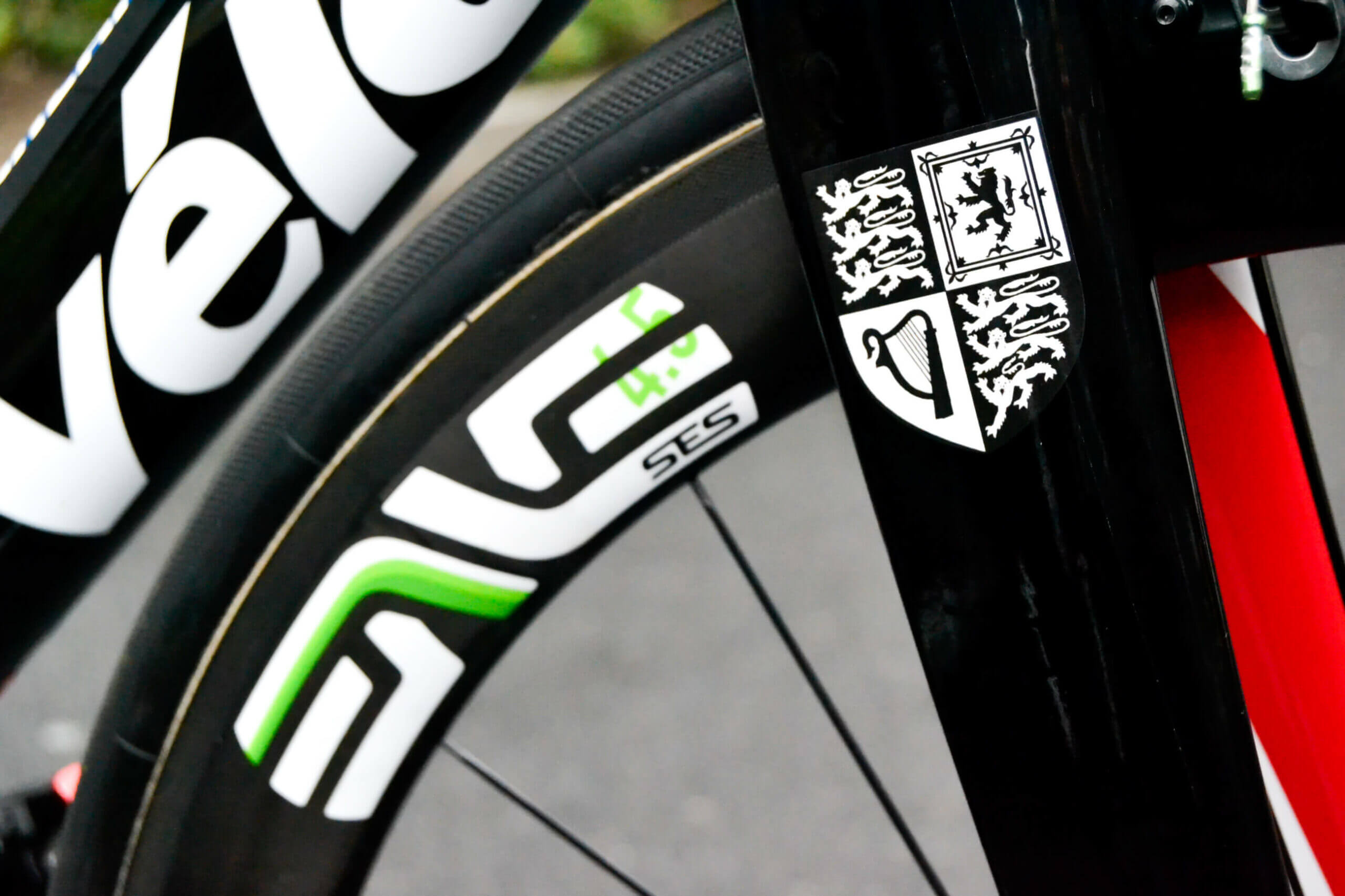 On the day we took the main photographs of Steve’s bike, two features were absent. One was the national champion graphic set (added the following day and shown in the supplementary images) in recognition of his phenomenal double of road and TT British titles. The other feature not shown is the special white CeramicSpeed UFO ultra-low friction chain which the team fits on days earmarked for Steve to go for a stage win. It’s always planned, as team principle Doug Ryder explains to us:

“The last two Tour stages that he won, in 2015 and 2016, were stages that we’d planned for him by analyzing the routes. We fit these CeramicSpeed chains with the white coating [for those stages] and if I was anybody else in the race I’d be on the start line and looking at his chain, and if that white chain is on I’d sit on his wheel and not leave it. Some teams still haven’t realized it, which amazes me, but even the people who know still can’t stay on his wheel because when Steve goes, heck, he really goes. The guy is a legend.” 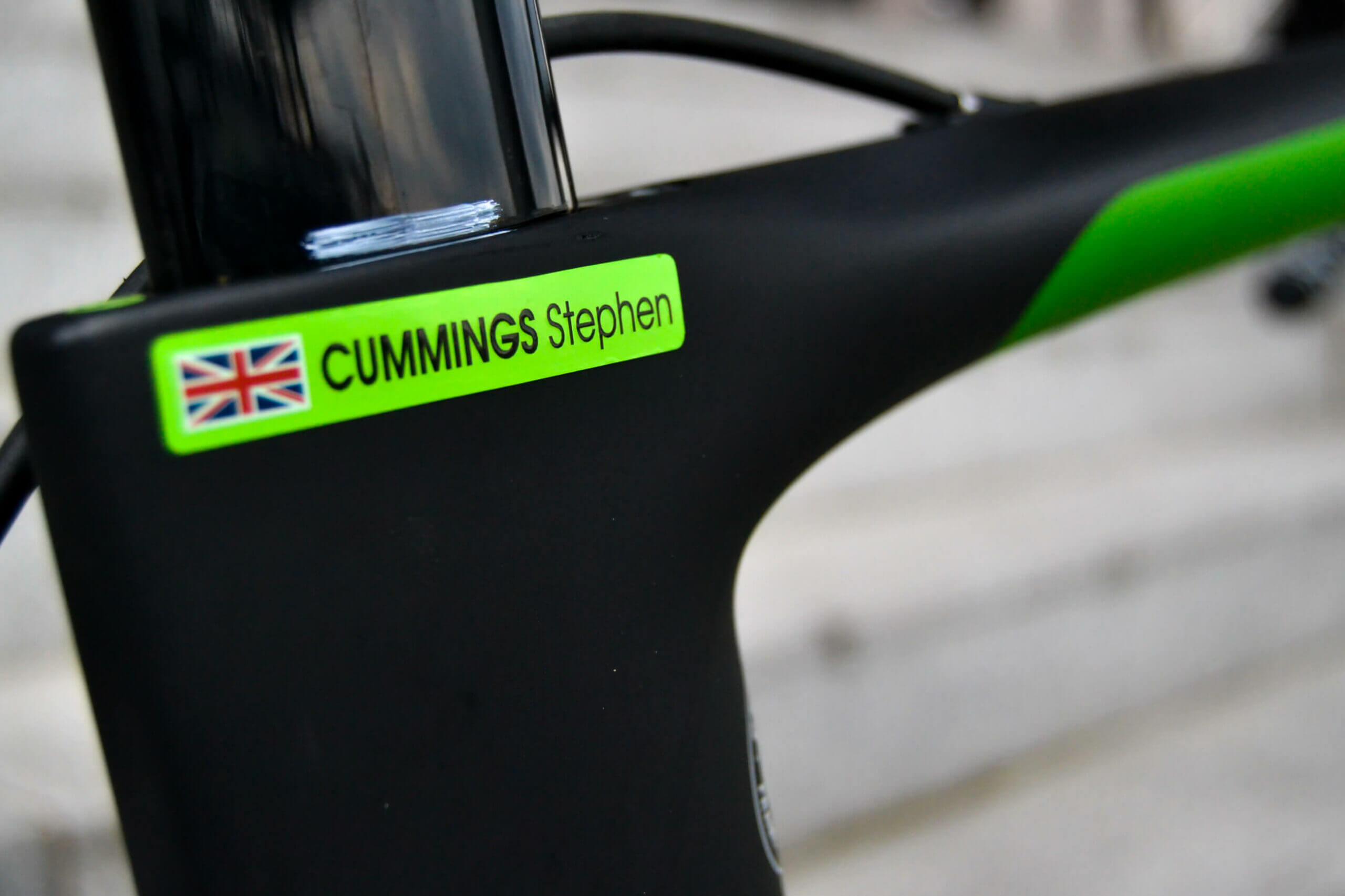